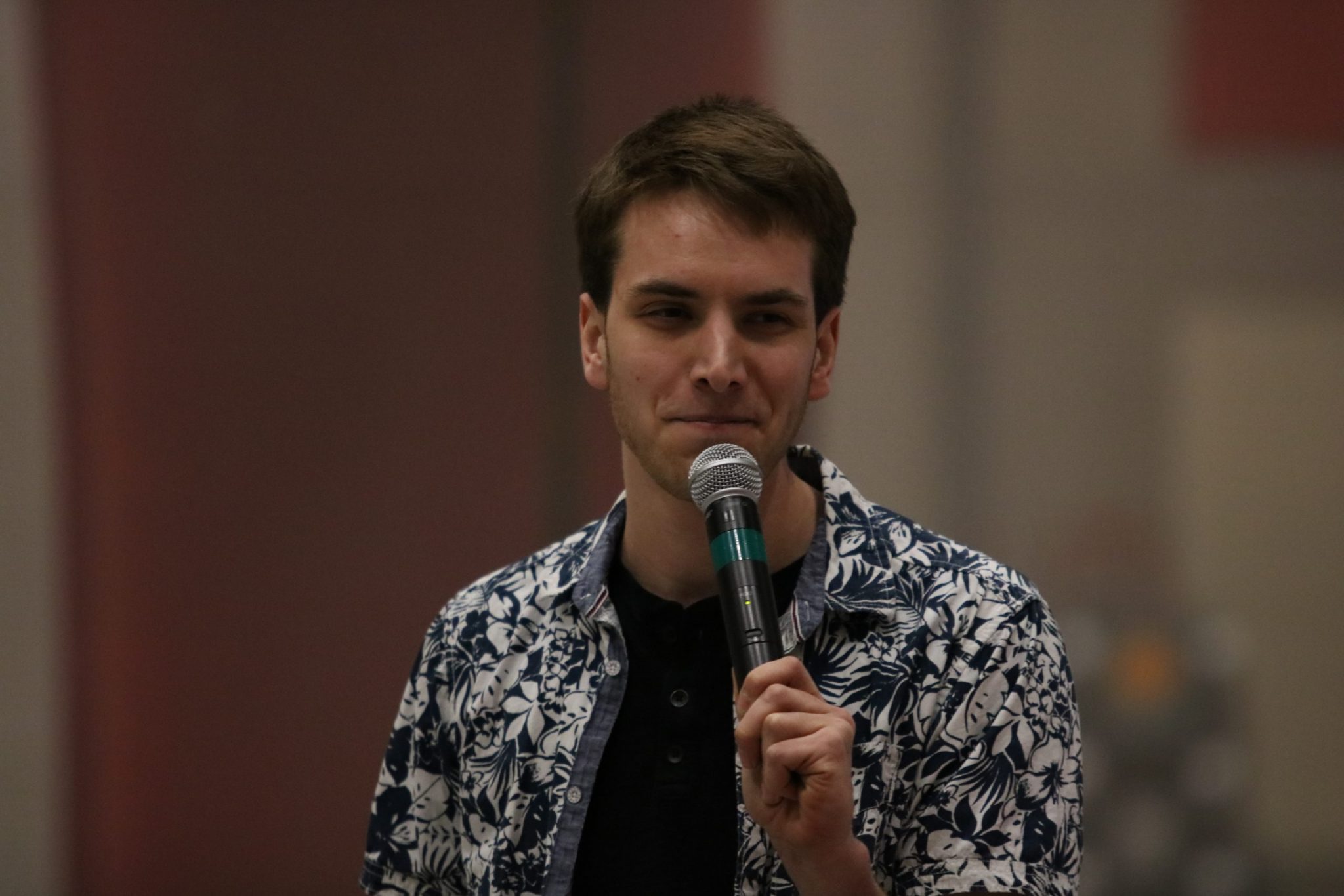 Matthew G. Banwart was born in Florida, but grew up in small town Iowa. His early childhood consisted of playing outside, biking around the block, and creating low-quality Runescape videos with his friends. In high school, Matt was active in nearly every club his school had to offer. Throughout most of highschool he was a 3 season bench athlete that never lettered in any sport. Although he never played, Matt learned the values of teamwork, dedication, and most of all the crushing feeling of failure. He is most proud of politely being asked to quit the basketball team and become the announcer, where he provided live play-by-play commentary, while daydreaming of being socially relevant. Matt Banwart has never been a cool kid, and will likely never be.

You can learn about how/why Matt got into comedy here.

While in college, Matt hosted of a “man on the street” style web series titled, Dude With a Camera. He was elected president of ISU’s Stand Up Comedy Club, founded Iowa State’s annual Comedy Contest, started an independent bi-weekly open mic and comedy show, won Best Screen Writer at ISU’s 48 Hour Film Festival, founded a campus satire media website called SitySauce, and interned for the Walk On! America campaign in 2018. While working for Walk On! America, Matt’s video work was featured on NowThis, ESPN, Chicago Tribune, The Undefeated, Reddit’s Front Page, and briefly on Time Square.

Professionally, Matt is passionate about video production, digital marketing, and teaching small business owners how to better use social media. Matt still is performing stand up and recently played the FloodWater Comedy Festival and featured on the Transparent Comedy Tour, a comedy tour and web series about traveling comedy. For stand up comedy Matt enjoys playing all venues, especially colleges. Matt has played Truman State University, University Of Northern Iowa, and (of course) Iowa State University.

If you’re interested in booking Matt, you can do so here.

Stay in touch with Matt on social media, follow Him on: